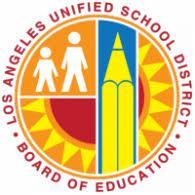 As the L.A. Unified School District continues to work with United Teachers Los Angeles leadership on a fair contract to better support the dedicated professionals of UTLA, it is important we work together using factual information.

UTLA leadership has claimed the District “is trying to dodge the mediation question and to interfere with our strike vote” and it has “urged the district to stop refusing to meet” and that L.A. Unified will not schedule “mediation for 56 days.” (LA Times, August 16, 2018) (UTLA Letter, August 16, 2018)  (KNBC Interview, August 19, 2018)

However, L.A. Unified has accepted September 27, 2018, which is a date offered by the Public Employment Relations Board (PERB) mediators in accordance with California labor law to resume bargaining. The District is waiting to hear from the mediators that the date is confirmed. (PERB Letter, August 13, 2018)

Further, prior to PERB appointing mediators and setting the date for bargaining, Mr. Caputo-Pearl gave his State of the Union speech to UTLA representatives saying, “We will take strike votes during the week of August 23,” and “We, as chapter leaders at this defining moment, must lead our co-workers in an overwhelming ‘Yes’ vote.” (UTLA Speech, August 3, 2018)

L.A. Unified remains committed to continue working with UTLA on a fair contract and will begin the mediation process with UTLA to resolve all open contract issues.

UTLA’s “Final Offer” has asked for a reduction in class size and an increase in the number of school librarians, nurses and counselors, which Mr. Caputo-Pearl has also repeated in media interviews. (KNBC Interview, August 19, 2018)

L.A. Unified agrees with UTLA on these issues; however, the District has repeatedly noted that L.A. Unified faces a $504 million deficit for this current school year. UTLA’s “Final Offer,” would increase that deficit by $813 million, creating a $1.32 billion annual deficit. L.A. Unified currently has $1.2 billion is savings, and simple math shows those savings would be exhausted this school year should L.A. Unified accept the “Final Offer.” (L.A. Unified Letter, July 26, 2018)

Mr. Caputo-Pearl has also stated, “We want to reprioritize LAUSD’s $1.7 billion in unrestricted reserves back into the classroom” (UTLA News Release, August 3, 2018) and has repeated in media interviews that “the District has a $1.7 billion dollar reserve.” (KNBC Interview, August 19, 2018)

The $1.7 billion figure is incorrect and to know this and continually cite the figure is intentionally misleading.

L.A. Unified stands ready to work with all of our labor partners in demanding that the state of California increase funding for local school districts.