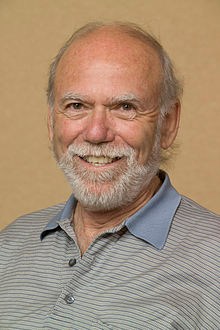 LOS ANGELES (Oct. 4, 2017) - A 1954 graduate of John Marshall High School was named Tuesday as one of three winners of the Nobel Prize in Physics for their discovery of gravitational waves, a development that confirmed a key element of Einstein’s General Theory of Relativity.

Barry C. Barish, who grew up in Los Angeles, shares the Nobel honors with Kip S. Thorne, his colleague at the California Institute of Technology, and Rainer Weiss, a professor at the Massachusetts Institute of Technology. The honor recognizes their development of the Laser Interferometer Gravitational-Wave Observatory (LIGO).

“Tennis was my passion in high school, and we had a great team,” he said. “As a teenage boy, I wanted to be a great sports star more than a scientist, but I had a coach who believed in me and encouraged me to excel in school.”

Following his graduation from Marshall, the Nobel winner earned his bachelor’s degree in physics and his doctorate in experimental high-energy physics from the University of California, Berkeley. He worked at Caltech beginning in 1963.

“It was at Caltech that science came to life for me,” said Dr. Barish, who is a professor emeritus at the Pasadena university.

“Congratulations to Dr. Barish and his esteemed colleagues for receiving this monumental honor,” said Superintendent Michelle King. "Dr. Barish is another shining example of an L.A. Unified student who worked hard throughout his entire school career and graduated fully motivated and prepared to change the world for the better."

Added School Board President Mónica García, “We have amazing minds in this District – in our learners and those who support them in our schools, communities and at home. On behalf of the L.A. Unified family, both past and present, we celebrate this amazing achievement recognizing an advanced understanding of our universe.”

School Board Vice President Nick Melvoin said, “Congratulations to Marshall High School graduate Barry Barish for his 2017 Nobel Prize in Physics. All at once, Barish has revolutionized the way scientists view the universe and shown current L.A. Unified students that the boundaries for their futures are limitless.”

School Board Member Dr. George J. McKenna III said, "We celebrate the accomplishments of L.A. Unified's own Barry Barish on winning the Nobel Prize in Physics. His achievements have made an indelible mark on the world of physics, and he stands as an example of what is possible for our students and their dreams."

School Board Member Scott Schmerelson said, “Congratulations to Dr. Barish on this amazing honor. This accomplishment is yet another incredible example of the talent within our District. We are so proud of all of our students, both past and present.”

"I am so excited to know that Dr. Barish, a product of our Board District 5 communities, has been awarded such a prestigious honor,” said School Board Member Dr. Ref Rodriguez. “We place deep value on the ability of folks to marry their passions to their professions, and we commend Dr. Barish for his accomplishments in accelerating research in the field of astrophysics. He is a true innovator whose impact and achievements have forever shaped the course of history and science.”

School Board Member Kelly Gonez said, “This is a great day for Barry Barish, and we in L.A. Unified are so proud to claim him as an alumnus. As a former science teacher, I take particular joy in seeing our former student receive the Nobel Prize in Physics. There’s no limit to what our students can accomplish, and this is just another example of the great achievements we hope for each and every student.”

School Board Member Dr. Richard Vladovic said, “I want to congratulate Dr. Barish on adding the crown jewel of awards – the Nobel Prize in Physics – to his already considerable list of achievements for his work in the field of science. His work in developing the LIGO has been a significant tool in assisting our understanding of gravitational waves, thus enhancing understanding of the universe and the distances between Earth and the rest of the cosmos."

“Dr. Barish is a fine example of L.A. Unified,” Dr. Vladovic added, “And a shining example to all of our students to aim high, dream big, and be a major contributor to our communities, our nation, and the world.”