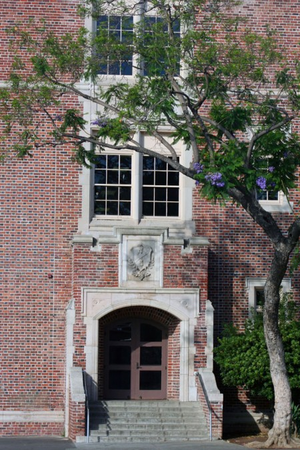 “Congratulations to the decathletes who continued to perform with the hearts of champions,” said Board Member Dr. Ref Rodriguez. “As the Academic Decathlon season has drawn to a close, these champions exemplified passion, heart, and a drive to win.”

The virtual win gives the District its second first-place victory in this year’s national competition. Granada Hills High School’s decathletes won the 2016 U.S. Academic Decathlon championship on April 30. The LAUSD swept the state, national and online Academic Decathlon events for the seventh year in a row.

“Congratulations to our Marshall students for another stellar performance,” said L.A. Unified Superintendent of Schools Michelle King.  “We are all so proud of you for representing L.A. Unified with your competitive drive and enthusiasm to succeed.  You are all champions.”

“I am so proud of the Marshall decathletes and coaches for their accomplishments,” said Cliff Ker, Coordinator for Academic Events. “This is the fourth time since 2010 that Marshall has won the Online Competition.  They worked very hard to earn this honor”.

Due to Marshall’s score in the State competition in March, they were eligible to compete in the national online events, based on their enrollment. Marshall High School represented California in the Large Schools Division made up of nine schools.

On April 29, when Granada Hills Charter High School decathletes were in Anchorage competing for the Academic Crown, Marshall HS decathletes were frantically hitting their keyboards to answer questions in the six objective tests in economics, language/literature, math, music, science and social studies.