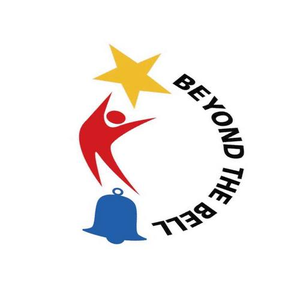 Trump refuses to return $7,500 deposit for fundraiser that could have yielded as much as $70,000 for underprivileged students
LOS ANGELES - The Beyond the Bell Branch of the Los Angeles Unified School District has officially pulled out of hosting the Eighth-Annual Beyond the Bell Golf Classic.

The event was scheduled for Monday, Nov. 23 at the Trump National Golf Club in Rancho Palos Verdes. The tournament was expected to raise as much as $70,000 for Beyond the Bell’s Music and Entertainment Education and Camp Skyhook.

“There was absolutely no reason to host our largest fundraiser at a Trump facility after Donald Trump shared negative immigration comments,” said Alvaro Cortés, Beyond the Bell’s executive director. “Beyond the Bell is dedicated to serve the underrepresented and uplift underprivileged communities of Los Angeles.”

Trump National Golf Club has refused to return a deposit of $7,500 made by Beyond the Bell prior to Trump’s compromising statements. Beyond the Bell will pursue other sites to host their Eighth-Annual Golf Tournament and is currently looking for a new location.

Camp Skyhook is one of Beyond the Bell’s programs in collaboration with Kareem Abdul-Jabbar’s Skyhook Foundation, which focuses on an immersive, hands-on experience for fourth- and fifth-graders to inspire them in Science, Technology, Engineering and Math learning.

Most of the students participating in Camp Skyhook have never left their urban surroundings and come from low-income households. Also, about 72 percent of those who attend the camp are English language learners.

Beyond the Bell’s Music and Entertainment Program serves over 4,500 underrepresented student musicians a year through several programs such as: (the highly recognized) All City Honor Marching Band, the All City Jazz Big Band, and Thelonious Monk Institute of Jazz.
The program maintains a strong commitment to music and the performing arts by working with professional musicians and educators for students to gain a better understanding of theory, musicianship and improvisation, as well as improving technical proficiency on their given instrument.

About LAUSD’s Beyond the Bell Branch
Beyond the Bell Branch (BTB) is part of the Los Angeles Unified School District (LAUSD), the second largest school district in the nation. The boundaries spread over 720 square miles and include the mega-city of Los Angeles as well as all or parts of 31 smaller municipalities plus several unincorporated sections of Southern California. BTB offers award winning out-of-school time (before and after school and Saturdays) programs at the elementary, middle, and high school level to more than 100,000 students every day. BTB’s mission is to ensure that all children and youth in LAUSD have access to free, high quality, safe, and supervised academic, enrichment, and recreation programs that inspire learning and achievement beyond the regular school day. For more information visit www.btb.lausd.net or TWITTER @LASCHOOLS.
###
Contact: Shannon Haber (213) 241-6766