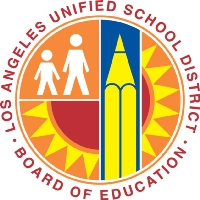 Board Member Dr. McKenna: "We celebrate progress and achievements"
LOS ANGELES (Feb. 11, 2015) – School Board Member Dr. George McKenna attended segregated schools, drank from “colored” water fountains, sat in the back of the bus and endured multiple barriers based solely on his race while growing up in New Orleans.
He also participated in the civil rights movement—including working with the Southern Christian Leadership Association, the organization formed by the Rev. Dr. Martin Luther King, Jr. to battle injustice. McKenna, 74, is black. His personal history informs the resolution to celebrate Black History Month, which the board approved unanimously today.
In fact, Dr. King was not yet a nationally known civil-rights leader when McKenna, then a teenager, participated in his first demonstration protesting against a segregated movie theater that required black patrons to sit in the balcony. Over the years, things have changed for the better.
“We celebrate progress and achievements. I never thought I would live to see the election of a black President,” Board Member Dr. McKenna said. “We also recognize the history and contributions of African-Americans.”
Board Members Mónica García and Mónica Ratliff co-sponsored the resolution, which directs Superintendent Ramon Cortines to work with educators, librarians, District schools and the community. Collectively, L.A. Unified will celebrate February with appropriate programs, ceremonies and activities that generate in-depth discussions of the complex factual history of the United States and the legacy of African-Americans.
“Civil Rights mattered then, and they still matter now,” García said. “Reflecting on the struggles of the past re-energizes all of us for the fight to make sure all our children can read and write. We continue to demand educational justice for all.”
Board Vice President Steve Zimmer said: “This year, Black History Month is especially important as we must make sure our classrooms are spaces for the dialogue that learning about history can generate. As we understand that campaigns for justice and dignity elevate issues that concern us all, we recommit ourselves to schools that welcome, support and embrace all students and all families.”
Board Member Tamar Galatzan recalled that on Jan. 15, 1961, two years before his “I Have a Dream speech,” Dr. Martin Luther King Jr. spoke at Canoga Park High School after preaching a Sunday morning sermon at Woodland Hills Community Church.
“That night, he spoke of the troubled history of our nation, and his hope for a society that everyone could put aside their differences and live in harmony. Through observances like Black History Month, we can start and continue the conversations that will allow us better understand one another and break the cycle of hate,” Galatzan said.
The resolution also recognizes contributions black Americans have made in this country and globally, in areas such as: music, art, literature, politics, athletics, education and diplomacy.
The document also cited milestones such as: Freedom Summer, a 1964 voter registration drive in Mississippi as well as the federal Civil Rights Act of 1964 that outlawed racial discrimination in schools, the workplace and other public places, such as buses, movie theaters and restaurants. These moves resulted in broad integration.
With this resolution, the school board recognizes “the respect that fellow citizens have for one another determines the values of our country and reinforces the premise that ‘Black Lives Matter’ – the rallying cry of recent protests against a spate of police killings of unarmed black boys and men.
In addition, the resolution “acknowledges that all of the people of the United States are the recipients of the wealth of history given to us by black culture.”
“Every day, Dr. King’s legacy calls on us to do more for those among us whose need is greatest,” said Board Member Bennett Kayser. “As the generation that fought along with Dr. King passes, it is even more incumbent upon us to teach this lesson to the next generations.”
###
Contact: Gayle Pollard Terry (213) 241-6766