Three-Peat! Beyond the Bell to Send Three Cyberpatriot Teams to Nationals 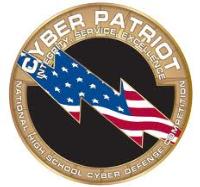 Includes current champions Team Azure from North Hollywood High
LOS ANGELES (Feb. 5, 2015) — For the sixth-straight year, L.A. Unified’s Beyond the Bell teams will compete for the national high school cyber defense championship. Representing California are two CyberPatriot teams from North Hollywood High School—including Team Azure, the 2014 national champion—and one from Franklin High School are among the 12 finalists, who will meet starting March 11 near the nation’s capitol.
Their targets: the viruses and hackers that compromise security; invade privacy, steal identities, permit theft; allow fraud and halt the effective use of computers, tablets and cell phones by businesses – think Sony Pictures, think Target to name a few from recent headlines—and individuals ranging from celebrities to grandma.
While promoting excellence in science, technology, engineering and mathematics (STEM) CyberPatriot tests the analytical skills, problem-solving ability, teamwork and technical knowledge of students by replicating real-life cyber-security challenges. Beyond the Bell’s popular afterschool program also provides hands-on learning, while motivating the next generation of cyber-defenders.
“This is an afterschool program for which we can all be very proud of,” said Alvaro Cortés, executive director, Beyond the Bell. “This school year, we are dedicated to increasing the number of English Language Learners and female participation in STEM-related activities. We are proud of all of the students, including the five young women who make up 30 percent of the Beyond the Bell 2015 National CyberPatriot finalists.” Beyond the Bell will send the most teams from any state to the finals; in fact, teams from North Hollywood High School and Franklin High School have competed previously at the highest level.
Getting to the national finals required succeeding through three rounds of competition against 3,000 teams representing high schools in all 50 states. The finalists will compete for national recognition and college scholarships. During their all expenses paid trip to Washington, D.C., students also will meet with elected officials, prominent educators, decorated military officers and veterans.
The Air Force Association created the CyberPatriot National Youth Cyber Education Program. L. A. Unified has been recognized as a CyberPatriot Center of Excellence, and the District was selected to pioneer the program in middle schools.
###