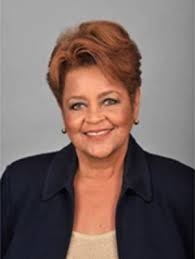 Beginning in February she will be joined by Dr. Ruth Perez, Deputy Superintendent of Instruction and Bernadette Lucas, Director of Instructional Technology Initiative. They will work collaboratively with Burton to establish a committee, which will review the District’s tablet and curriculum program, formerly known as the Common Core Technology Project. In addition, they will coordinate the program with the District’s new student information system, known as MiSiS.
”It’s a pleasure to return to the LAUSD and assist Mr. Cortines in preparing our students for the 21st century with the proper skills and, more importantly, the proper tools to succeed and thrive,” said Dr. Judy Burton. “I look forward to working with Dr. Perez and Ms. Lucas in establishing a committee to help us move in the right direction with the Instructional Technology Initiative.”
Others involved in the initiative will include teachers, administrators, parents, students, community members and a representative from the Bond Oversight Committee, an advisory group for the Los Angeles Board of Education.
“It is my expectation that the committee will review what the District has done thus far, examine the funds and assist with the development of a plan which includes funding options,” said Mr. Ramon C. Cortines, superintendent of schools, who selected Burton for the role.
Dr. Burton brings 44 years of experience to her new role. Her track record of success while at Alliance includes: 94 percent of Alliance students graduated high school in four years, and 95 percent of those graduates attended college. Six Alliance schools rank in the top 5 percent of high schools nationwide by U.S. News & World Report.
”I look forward to working with Dr. Burton,” Perez said. “Her expertise, wealth of experience and skill asset will be invaluable as we move forward with the Instructional Technology Initiative.”
Burton’s storied tenure with L.A. Unified began in 1971 at Hyde Park Elementary School. She held administrative positions from 1972 to 1992 at the following schools: Malabar, West Vernon, King, Morningside and Hart. In 1993, she was promoted to director of the Los Angeles Educational Alliance for Reform Now.

From 1994 to 2000, she was the assistant superintendent of School Reform/LEARN. Selected in 2000 as one of the 11 original local district superintendents, Burton administered Local District B for L.A. Unified until 2003, when she became CEO of Alliance College-Ready Public Schools.
”Ms. Burton’s leadership, high expectations for excellence, coupled with a dedication for students to graduate, is a welcome opportunity as the District takes constructive measures in our instructional technology and curriculum project,” Lucas said.
###
Contact: Monica Carazo (213) 241-6766