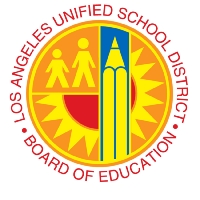 Deasy praises teachers, parents and administrators for producing more graduates
LOS ANGELES (April 28, 2014) - The Los Angeles Unified School District recorded a 68 percent high school graduation rate in 2012-13, an increase of 1 percentage point over the previous year, according to data provided by the California Department of Education.
“Despite a series of budget cuts that have had a devastating impact on the LAUSD,” said Superintendent John Deasy, “we saw once again this past year a rise in the percentage of high school graduates.  “I commend teachers, administrators and parents for their amazing dedication to ensure that more of our students leave the LAUSD prepared for college and career.”
Deasy was also encouraged by a 3% decline in the LAUSD dropout rate in 2012-13, to 17.3%.
“While both figures give us hope, there is still much more work to be done,” added the superintendent. “We remain committed to having all eligible students receive their diplomas.”
A total of 56 of the District’s 117 comprehensive high schools had a graduation rate of at least 80 percent, which represents the statewide average for 2012-13. L.A. Unified high schools in this category include Arleta (94.5 percent), Garfield (87.3 percent), North Hollywood (87 percent), and South Gate (82.5 percent).
“With the advent next year of the Governor’s Local Control Funding Formula,” said Deasy, “we believe that high schools across the District will have the resources to achieve dramatic increases in the number of graduates. “The District is on track to graduate record numbers of students in the coming years.”
###