School Board Passes Resolution to Keep Families Together 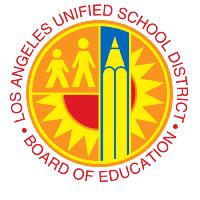 Resolution Urges President Obama to Cease Deportations
LOS ANGELES (April 8, 2014) – On behalf of students, the Los Angeles Board of Education unanimously approved today a resolution “Keeping LAUSD Families Together.” It sends a message to President Barack Obama to stop deportations that separate parents from their children, and specifically, to suspend the deportations of individuals who have no serious criminal history.
Board Member Bennett Kayser sponsored the resolution, which in essence, was a “save-the-children campaign.” Co-sponsored by Board Vice President Steve Zimmer and Board Member Mónica García, the resolution for the Los Angeles Unified School District, the nation’s second-largest system, was similar to those passed by the California Legislature and the Los Angeles City Council.
”We have a broken immigration system that is harming families and children in this school district,” said Keyser. “On their behalf, I call on President Obama to immediately cease the deportations that are separating parents from their children.”
Board Vice President Zimmer said, “Deportation is tearing families apart. And when families are torn apart; our schools are torn apart, as well. Deportation is a public education issue and I am proud the Board of Education stands with our families and the American Dream against deportation.”
Added Board Member García, “President Obama, be the change our students and families need. Act today to expand DACA and halt deportations.” She said, “You asked us to support you and we did. We need your leadership and support now.”
Speakers addressing the Board and endorsing the resolution included Gil Cedillo, a member of the Los Angeles City Council; Angela Sanbrano from community organization, La Red Mexicana; Professor Armando Vasquez-Ramos from the California-Mexico Studies Center among others.
California is home to approximately 10.3 million immigrants, of which approximately 2.6 million are unauthorized to live in the U.S. Each year since 2009, record levels of deportations have occurred, averaging nearly 400,000 a year.
Although the Los Angeles Unified School District maintains no records on immigration status, administrators and teachers have grown increasingly aware of students separated abruptly from parents who have been deported.
###
Contact: Tom Waldman (213) 241-6766