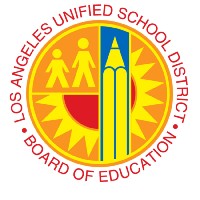 District Takes First Step Toward Providing Every Student with a Device
LOS ANGELES (June 18, 2013) - The Los Angeles Unified School District (LAUSD) Board of Education voted 6-0, with one abstention today to enter into a contract with Apple Inc. to implement phase one of the Common Core Technology Project Plan (CCTPP).

In February 2013, the Board approved the first phase of the CCTPP to allocate $50 million in voter-approved bond funds to fund a computing device for every student at 47 schools.  This initiative will help support the District’s transition to the Common Core State Standards (CCSS), and its commitment to provide an individualized, interactive and informative-rich learning environment.
LAUSD is utilizing a phased roll-out approach for the CCTPP.  Phase one will roll out the program in 47, K-12 schools beginning this August, 2013.  The schools will be equipped with one-to-one access to devices for CCSS-based learning and assessment preparation.  The scope of the first phase includes individual computing devices; storage carts and charging stations; and infrastructure, monitoring and mobile device management systems.
LAUSD staff will present an assessment of the first phase in the fall of 2013 before requesting full funding of the remaining phases.  Assessment will include feedback on the device roll-out at the 47 schools, as well as feedback from teachers, students, parents and other key stakeholders.

LAUSD Board Member Bennett Kayser disqualified himself from participating in the action.  “I am disqualifying myself from participating in the discussion and voting for the contract award for the Common Core Technology Project Request for Proposals,” Kayser said.  “I have a disqualifying interest in the form of stock holdings in Apple Inc.”  He stepped out of the room until after the Board’s discussion and vote on the item was concluded.

Thirteen proposals were received in response to the District’s Request for Proposals (RFP) for firms interested in providing computing devices along with professional services, consulting and related items in support of the CCTP.  The selection process was scored according to criteria stated in the RFP for responsiveness and acceptability.  Apple Inc.’s best and final offer was the lowest in price and was scored the highest by the selection panels.
The vote is another step forward in the District’s plan to equip every one of its students with a device by 2014.  When completed, the LAUSD will become the largest district in the nation to provide each of its students with the technology, according to Jaime Aquino, LAUSD Deputy Superintendent of Instruction.
###
Contact: Shannon Haber (323) 828-2466