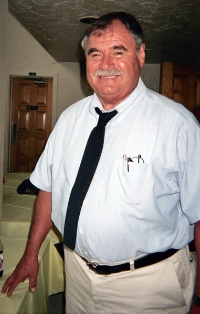 Best-known for 1968 Chicano Student Walkouts Protesting Inequalities in LAUSD Schools
LOS ANGELES—Then a teacher at Lincoln High School, Sal Castro played a leading role in historic Chicano protests. In addition to guiding students, he also joined the “blowouts” that ultimately transformed the Los Angeles Unified School District (LAUSD).
At that time in 1968, the curriculum largely ignored or denied Mexican-American history. Chicano students were forbidden from speaking Spanish, and often—in spite of strong academic abilities—they were steered toward menial jobs instead of college. To protest rampant prejudice and improve public education, Mexican-American students organized a series of mass walkouts throughout
East Los Angeles.
The social studies teacher walked out with them. For his part in the demonstrations, he was arrested and charged with 15 counts of conspiracy to disrupt public schools and 15 counts of conspiracy to disturb the peace. Four years later, the charges were dropped—but not before he and thousands of students persevered until their concerns could no longer be ignored.
Castro, who died today, was lauded throughout LAUSD.
“It is with great respect and gratitude that we express our heartfelt feelings of loss to the family of civil rights leader Sal Castro,” said Board President Mónica García.  “He will be remembered as a teacher, counselor, leader and courageous adult who stood with students in the 1968 Walkouts and ever since dedicated his life to learning and leadership. Sal Castro’s courage and dedication will continue to be inspirational to future generation of students and educators.”

Board Member Nury Martinez said, “"Sal was a tireless advocate for educational equity and will be sorely missed.  We must continue to honor his legacy by fighting every day to make sure that every single student in Los Angeles has access to the same opportunities to succeed in school and in life.”
Also acknowledging his impact, Superintendent John Deasy said, “Sal Castro held a mirror up to our district that showed the need for a youths' rights agenda more than 45 years ago. Graduation rates, access to college-prep courses, allocation of resources—all of these issues needed fixing and that is why we have spent every day striving to provide the education each and every one of our students deserves. Sal's impact is immeasurable and still relevant today, which is why we will not stop until we reach 100 percent graduation and college-and-career-readiness for every LAUSD student.  And, his work was heroic towards LAUSD.”
When a school was renamed Salvador B. Castro Middle School, several years ago, he said, “I know that by naming a school after me you are really honoring the students who, more than four decades ago, tried to improve education with their courageous walkouts.”