Suspensions Down — Student Safety Up 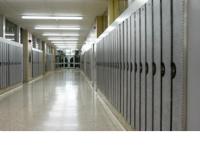 During the 2011-12 school year, students lost 26,000 instructional days due to suspensions, plummeting from more than 46,000 during the previous school year, according to District figures. Hoping to reduce suspensions by 5%, the District exceeded its goal – by far – with a 44% drop.

“We are committed to reducing the number of days students miss school because they have been suspended,” said Superintendent John Deasy. “By focusing on our positive progressive discipline policy, our schools have been able to keep more students in school, so that they have more time to learn.”

The decrease spread across all racial and ethnic groups. Latino students plunged 46% from a year earlier to 16,479. African-American students shrunk 36% from the previous year to 7,888. In all, the number of suspension days has tumbled over the past five years by 65%.

“I am proud of our progress,” Deasy said. “We will work hard to keep more students in school.”

In another key gauge of overall security, a District poll found that 86% of students said they felt safe on campus. The latest figure reflects a two percentage point gain from the previous year, according to the School Experience Survey. The increase matched the District’s goal for this year.

He said having officers on campus creates a greater deterrent to illegal activity; conducting random searches for weapons and raising dialog between students and officers has increased understanding.

In addition, he said, students have made better use of a hotline allowing anyone to inform authorities without disclosing their name about illegal devices that may have been brought to school. “Certainly, students realize the chances for someone bringing a weapon onto campus is diminished,” Zipperman said.

Still, he hopes the percentage of students climbs higher next year. “When we see these statistics,” Zipperman said, “it shows that we’re doing things right and that what we do matters.”