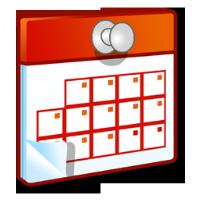 Pupils in K-12 will begin the 2012-13 school year on Tuesday, August 14, three weeks earlier than usual. The so-called early start calendar had been previously adopted by about 20 schools mostly in the San Fernando Valley, and now will be rolled out District-wide.

“The early-start calendar allows students to complete their first semester prior to winter break,” said Superintendent John Deasy, “which has been shown to have a positive impact on final examinations and grades. Many of the high schools in the Valley that have been on the early start schedule the past few years have reported that it is popular with parents and students.”

In addition to the earlier school year, parents also should consider two other important changes this year: A Tdap booster shot is required for all seventh-grade students, and a 50 cent increase in school lunch cost.

Last summer, the Board of Education approved an early start date for students in the nation’s second-largest school district. The move was postponed until the start of the 2012-13 school year, in part, to allow families more preparation for a shortened summer.

Under the new plan, students will complete their first semester, including exams, before taking a winter break. High school students ending their school year earlier will have more options among college and university summer programs, as well as summer jobs. In addition, all students, by finishing sooner in the calendar year, can consider a broader range of seasonal activities.

Only three multi-track schools operate independently from the new schedule: Del Olmo Elementary, Cahuenga Elementary and Bell High School. All others, including 20 new campuses the District plans to unveil in mid-August, will adhere to the new calendar. All student services, including buses and cafeteria meals, will be offered on the first day of school.

“We want to make sure that parents know well in advance that it’s important for students to arrive, ready to learn, on August 14th,” said Michelle King, Senior Deputy Superintendent, School Operations.

The 2012-13 school year will end Friday, May 31, which is earlier than in previous years. This step gives families more time to enjoy the warm weather months until school resumes again in mid-August.